How do sewers work in the City of Kingston?

Since sewers are underground, the way they work is likely a mystery for most homeowners. If you want to know some basics about how both sanitary sewage and storm runoff are dealt with in the City of Kingston, read on.

There are three types of sewers in the City of Kingston: 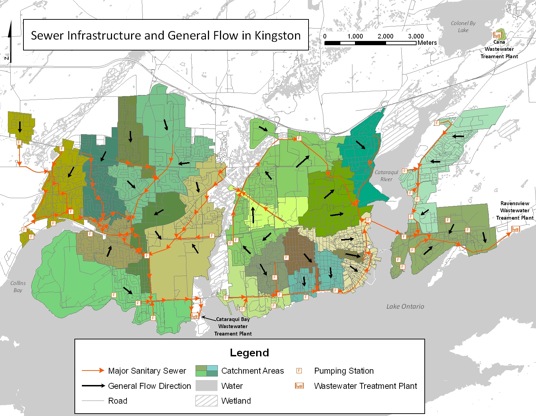 Figure 1
Sewer Infrastructure in the City of Kingston

In very general terms, overall drainage servicing will use one of two servicing forms: 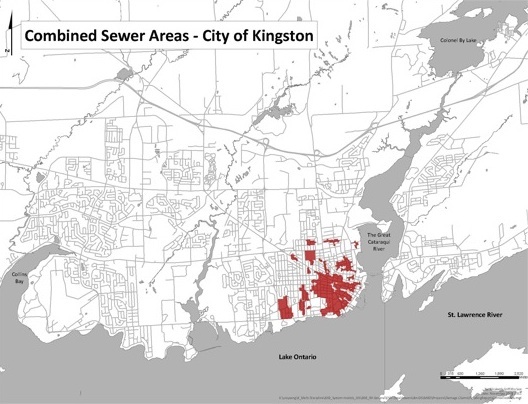 Storm sewers are not always required to exist on every street block in order for an area to be considered “separated”. As mentioned above, the above-ground flow path of storm water runoff forms part of the storm sewer system. So, water may need to flow off your property, onto the road, and down the road to a catch basin before it enters the storm sewer. This is part of traditional storm sewer design.

Some points about each type of servicing are noteworthy, and the table below is intended to help with this understanding.

Combined sewers are not built anymore because they contribute to overflows to the environment and add to the potential for sewage backups.

When all storm and groundwater from private-side sources are directed to either the lawn for infiltration, or to the storm sewer, this is referred to as Fully-Separated Sewer Servicing. This is what the City of Kingston strives for.