We provide reliable maintenance and operation of traffic signals at 200 intersections and over 10,000 streetlights in Kingston.

What's the context?
We've provided data on our achievements in 2017. If you're looking for additional context on how much overall infrastructure we maintain, check out our overview infographics.

Our ongoing partnership with the City of Kingston helps to ensure the safe and reliable operation of streetlights and traffic signals.

In 2017, we installed 18 uninterruptible power supply (UPS) batteries at three intersections. In total, we’ve installed UPS back up at 82 critical intersections throughout the city. Kingston has 188 intersections operated by Utilities Kingston.

In the event of a power outage, the UPS allow for safe and efficient traffic flow, providing power for three to six hours.

Green left turn arrows at intersections with advanced left turns are now flashing to draw more attention and improve efficiency at the intersection.

We work closely with the City of Kingston Traffic Division in an ongoing effort to minimize stops and delays for motorists as much as possible. In 2017, we made timing changes at all 188 intersections operated by Utilities Kingston.

We installed transit signal priority at three intersections. Working with Kingston Transit, the intent of this pilot project is to allow buses to arrive and travel through intersections with reduced delay, thereby improving efficiency and reliability of Kingston's public transit system.

Detectors distinguish buses from other vehicles. They then give priority to transit buses by manipulating the traffic lights to give the buses a green light. 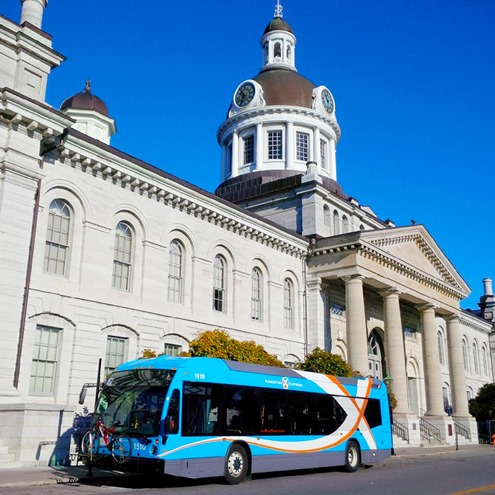